Bollard lights are essentially what you would call them, a bollard that encases the light source. Bollard is actually a nautical term that refers to a metal post where ships can tie up on a dock. Bollards were traditionally cylindrical and had a top that was round.

They are used to mark an area or to cordon off it. Many are placed on roads and in car parks to stop cars from parking on them. You can install bollard lights via Solar lighting by LIGMAN according to your needs. 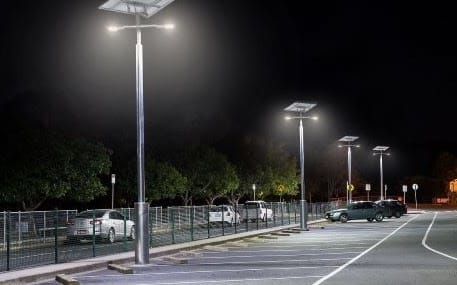 Lighting bollards can be used in public parks or gardens to light footpaths and to mark the boundaries of public areas. They can be any size, with any shape or top. They are meant for outdoor use so it is crucial that they are weatherproof. IP (Ingress Protection), ratings indicate how protected they are.

IP44 is the minimum level of protection acceptable; IP65 ratings are preferred for exposed areas. The lighting elements are placed near the top of a bollard. They are usually hidden behind metal slats, or inside a polycarbonate luminaire.

It is a smart idea to use energy-saving light bulbs in the luminaire. The bulb does not need to be visible so you can use the cheaper spiral type. Some bollards have directional lighting that can be used to illuminate architectural features. However, the light will not be evenly distributed around the bollard.

Bollard lighting is typically made from a tube of metal, preferably Aluminium or Stainless Steel to ensure rust-free reliability. Although some are weather-resistant plastic, these are more fragile than metal tubes. The base of the metal tube is made from die-cast aluminum.

It can be attached to a concrete slab, wooden decking, or embedded in tarmac. The luminaire, which is typically made of die-cast metal, is located at the top. Bollard lighting can be powered by mains 240 electricity, but it must be grounded and installed by an electrician to ensure safety.